A brand-new trailer for The Lord of the Rings: The Rings of Power on Prime Video gives viewers a deeper look at Middle-beautiful earth’s grandeur.

The natural splendor of this new Middle-earth and other destinations are hinted at in a new teaser for The Lord of the Rings: The Rings of Power. The planned Prime Video series, which is based on Tolkien’s renowned fantasy books, will bring viewers back to the Middle-earth setting while offering a fresh interpretation of the original works. The Rings of Power follows a fresh group of characters and the ascent of Sauron in the affluent Second Age of Middle-earth, hundreds of years before the events of Peter Jackson’s cherished The Lord of the Rings trilogy.

While there were numerous reasons why Jackson’s trilogy was adored, the use of New Zealand’s magnificent vistas was a big selling point for many viewers. The Rings of Power seems eager to replicate this, with season 1 shooting also taking place in New Zealand. The vast and diverse scenery served as the setting for epic conflicts and brave deeds. The Mines of Moria and the capital city of Numenor, Armenelos, have both been shown off in the first trailers for The Rings of Power.

A brand-new teaser for the much awaited series has now been released by the official The Lord of the Rings on Prime Twitter account, with the Middle-earthian scenery taking center stage. The Mines of Moria, deserted castles, beautiful beaches, and more are all seen in more detail in the teaser, which also teases that Middle-earth is soon to “descend into gloom.” View the most recent trailer below:

The Lord of the Rings on Prime
@LOTRonPrime
Come with us to Middle-earth. September 2. #TheRingsOfPower https://t.co/sadh6CVNXM 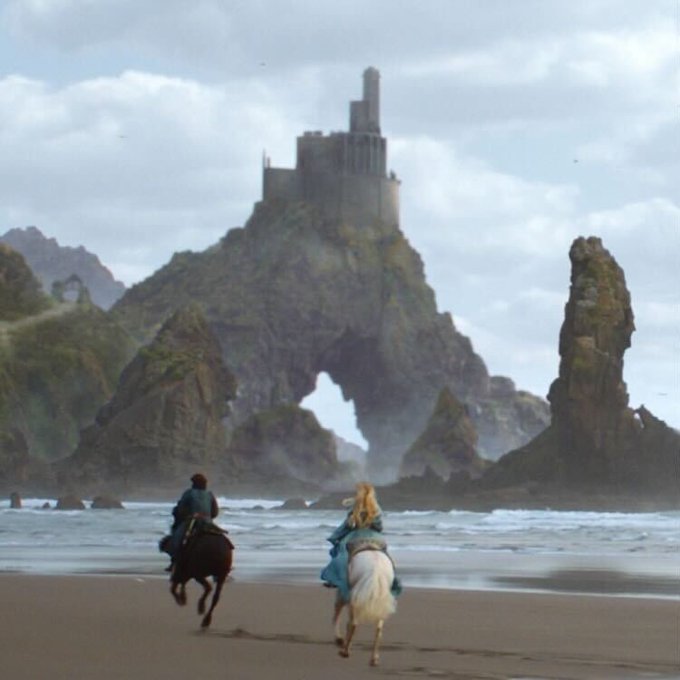 The Rings of Power

﻿﻿ The long-awaited second season of Demon Slayer: Kimetsu no …

Tomb Raider, According to reports, the Tomb Raider film franchise …

Our website is made possible by displaying online advertisements to our visitors. Please consider supporting us by disabling your ad blocker.